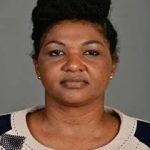 The ANC’s MP, Bernice Swarts, is accused of being involved in a scam involving R500,000.

The ANC has apparently launched an investigation into the alleged scams where businessmen were under the impression that the money would be used for the ANC’s election campaign.

Little information about Swarts is known, but the latest investigation into the R500,000 needed to go to Ramaphosa’s CR17 electoral fund has apparently become a total search.

Now there seems to be confusion, because the Public Protector also investigated R500,000 that was apparently donated by Watson’s Bosasa, but which was paid in but explained to Parliament by Ramaphosa so deceptively that several political opponents described it as a lie.

Swarts reportedly received R16 million from an account linked to the election campaign to get support from the Eastern Transvaal, and also received R500,000 from Tuwani Mulaudzi, who apparently disappeared and was never paid into the ANC’s CR17 account…